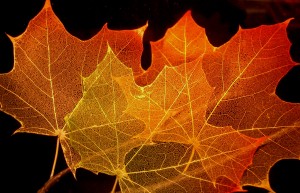 Jesus explicitly challenged  the prevailing views of leadership with his disciples. In fact, as he so often did when he presented a Kingdom perspective, he turned the “normal” upside down. He confronted the disciples’ views of power and authority, telling them it was not to be that way for them (Matthew 20). In the famous foot washing incident, as the king with a towel tied round his waist (John 13), he established the Kingdom principle of humility and the pre-eminence of others instead of self and challenged the disciples to follow his example. In these two events he showed that Christian leadership in the Kingdom is no longer to be as leadership is in the world. In that marvellous hymn in Philippians 2, Paul captures the underlying attitude of the heart of Christ the Servant King, the ultimate leader, and calls upon Christians to have the same attitude of heart as Jesus.

It might be considered thatChrsitian leadership is well addressed and in many respects it is. With a few exceptions, however, the emphasis on Christian  leadership development seems limited to a theological focus on church leadership in a worship context. There is one great area that has been consistently neglected and this leads to the adoption of the world’s approaches by Christians, or the adoption of a Christianised version of worldly principles. It is that of the leadership of organisations and people. This confusion applies to both church and Kingdom enterprises[1]. If Christians are called to be Christ-like then Christ-centredness must be applied to this area of leadership too. Excellence in leadership is foundational for the achievement of high performance and organisational excellence in any enterprise. But in the Christian realm, excellence is based not on the world’s paradigms but on Jesus Christ. Therefore, for Kingdom enterprises, i.e. those that have Christian objectives and which are led and staffed by Christians, a distinctively Christ-centred Christian leadership style, following the example of the Servant King, becomes a critical ingredient.

In the human version of the Kingdom, the issue of Christian leadership is further muddled because in the main, leadership and management are usually considered to be synonyms describing the same management skill sets. In fact they are different and both are crucial to developing an effective, high performance enterprise of any kind. In the light of the misunderstanding and resultant reliance on management processes, compounded by the tendency to fall back to the world’s principles, developing Christ-centred Christian leadership excellence is an essential for the Kingdom enterprise.

The challenge for Kingdom enterprises and those engaged in Christian leadership, then, is to consider how much we actually reflect the Kingdom character of Christ, as opposed to the world, in our organisational and leadership practices? This post is extracted and adapted from “Growing the Servant Heart” a free whitepaper on equipping Christ-centered leaders. You can obtain your download copy here             image: jams43 Flickr.com