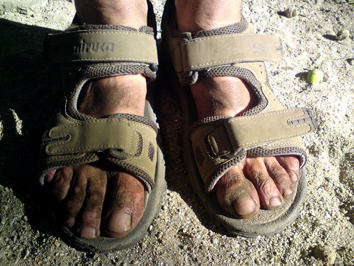 The servant leader modelled on Jesus

In the broadest terms, our shared and common purpose is first to glorify God. In specific terms it will vary according to God’s calling and will result in specific collaborative activity with the purpose of furthering the Kingdom of God in some way.

The  servant leader modelled on Jesus focuses on others for their benefit, that they may achieve their full potential. As such, this is an outworking of God’s agape-love, which has as its focus the benefit of its recipients. The Apostle John tells us that God’s agape-love works out through Christians because he abides in us and we in him (1 John 4)

There are a number of articles to be found under the Servant Leadership category that explore servant leadership from the perspectives of both the Bible and leadership practice.

Dr Paul Wong (who served as the Division Chair of Psychology and Business Administration at Tyndale University College, Canada) describes Servant Leadership as follows: “Servant leadership is characterized by the desire to serve and empower followers and the belief that the best way to achieve organisational goals is through developing the potential of workers.”

Servant leadership recognises that focusing on inspiring and enabling people to achieve their full potential, in pursuit of a shared and common purpose, is the best way to achieve a high performance enterprise.  Because of the focus on others, servant leadership is evidently not about the status and power of the leader.

The leader serves the members of the team in the sense that the servant leader’s goal is to establish an environment in which they can achieve their full potential so that their achievement is facilitated. The fulfilment of potential is not simply limited to one’s practical efforts, but also the development of character and spiritual maturity, which are essential components of any Christian endeavour which seeks to be a good ambassador for God.

McGregor (who was a professor at the MIT Sloan School of Management) described what he called the Theory X management view. This prevailing view was that workers are essentially lazy and need to be motivated by a combination of “the carrot and the stick”, and this involved the execricise of power. On the other hand, servant leadership recognises that workers are in reality self-motivated, responsible, and intrinsically desire to achieve (McGregor’s Theory Y).  A terrifying Biblical example of Theory X is Nebuchadnezzar’s exercise of power and status in his edict to worship the golden image or be thrown into the fiery furnace (Daniel 3). The carrot – stay alive, the stick – was burned alive!

Although in this context Nebuchadnezzar serves as an exaggerated caricature, an extreme hyperbole, he stands in stark contrast to the manner in which Jesus led the disciples and how he instructed them regarding leadership. As such it is a challenge to those of us who are leaders in any situation and to any degree.

In the secular business schools it was Robert Greenleaf  who, in the early 1970s, coined the phrase “servant leader”. It is now a widely adopted, mainstream secular leadership approach. However, at its heart, servant leadership is neither a worldly nor a modern concept. It is found in the Biblical account of the life of Jesus Christ, who is the perfect exemplar. By examining his model we can identify a Christ-centered, Christ-like servant leadership style that works for Christians who lead people in any situation.

Take the proverbial  “5 Minutes” over a cup of coffee and reflect on your leadership style . If you scored Nebuchadnezzar at -10 and Jesus at +10 where would you rank yourself as a leader?  How can you become a servant leader modelled on Jesus?

Here are two suggestions to get you started:

“Growing the Servant Heart” is a free on-line training programme that examines the nature and role of  Christ-centered servant leadership in Kingdom enterprises. It is available in the Academy section of Christian Leadership, which you can select from the menu above or go directly from the Academy link. The following brief video will also you an overview.