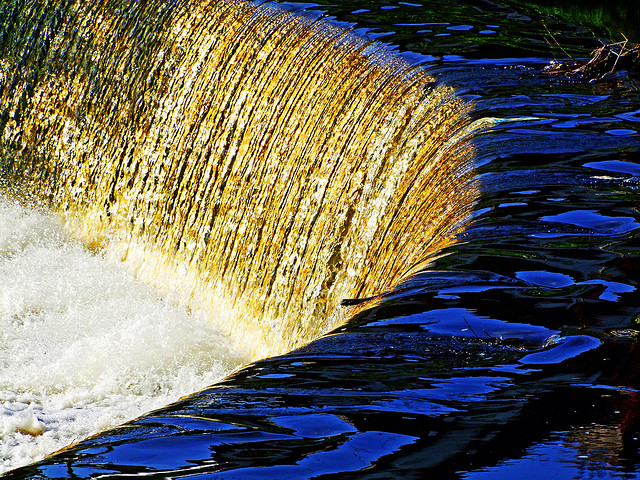 People development is as vital in the church and Kingdom enterprises as it is anywhere but sadly, so often, little attention is given to this topic and people are expected to work it out for themselves.

The other morning I was reading the story in Mark’s Gospel chapter 6 where Jesus sends out the 12 disciples without him. They were to declare and demonstrate the coming of the Kingdom of God on their own for the first time.  As I pondered this story I saw an account of Jesus the servant leader, developing people to achieve their full potential for the Kingdom. Jesus’ goal was to turn this unlikely group into Christian servant leaders themselves and this story is about a particular episode on that journey.

Often as Christian leaders we look to Jesus only as a spiritual role model and then we look to the world for our models of leadership.  Whilst the world’s models are not always bad, many aspects of them are poor from a Christian perspective or need to be tempered with the Gospel. Because Jesus, amongst other things, is the role model for the whole of the Christian’s life we can, if we look, learn from him how to be Christ-like Christian leaders.

In the context of this Gospel story there are two leadership strategies that we see Jesus using. He uses others, but just here there are two to that are easily seen.

Looking at the journey of the disciples from being a “motley crew” to becoming the twelve Apostles, we see that Jesus uses a simple straightforward strategy designed to enable them to develop and maximise their Kingdom potential: Recruit – Train – Deploy.

This may seem obvious, it may appear to be quite ordinary and expected.

Alas for many leaders, even in churches and Christian organisations, it is not what they do.  So often the “train” step is overlooked, completely ignored and never given a second thought. People are recruited with loads of potential but little competence in the new role. They are deployed immediately on the basis that they will “work it out” with only a limited orientation briefing.

You don’t have to be a genius to workout the damaging consequences for the individual and the organisation. It doesn’t take much experience to observe that many in that position simply become the unenthused with little competence and less productivity and probably move on quickly.

We also see Jesus using a process that is not dissimilar to the “Situational Leadership” model set out by Blanchard and Hersey.  The goal is to move the individual from being the “enthusiastic beginner” with little competence to the competent achiever who simply needs to be pointed in the right direction. That individual’s journey, orchestrated by their leader, passes through several stages. This process is what Claybury International describes as the “Show and Tell” model. Together the leader and the trainee move through 4 phases:

Evaluation is a vital step in each phase. It is important because it not only helps the leader and the trainee assesses progress and agree what still needs to be done. It also allows the trainee to reflect. This reflection process is key to effective learning as new connections are made, deeper understanding is developed and improved practices identified.

The four stages will overlap, especially where confidence and competence is growing. Based on the outcomes of evaluation, for instance, having moved to phase 3 it may be necessary to step back to phase 1 and/or phase 2 before continuing on in phase 3.

In most learning situations development is undertaken in parallel on more than one area. Progress is unlikely to be at an even pace across all areas. So for one area the student and leader could be working in Phase 3 or 4 while still being at phase 1 or 2 for another.

“Show and Tell” in Action.

The tasking of the 12 was to cast out demons and heal the sick. Although its not explicitly stated by Mark, Matthew tells us they were also to declare that the “Kingdom of heaven is near”.  Mark tells us that when they reported back they told Jesus “all that they done had taught”.  In short they were to declare and demonstrate the Kingdom of God.

How did they learn what to do and teach?  Virtually all of the story in the preceding chapters in Mark’s Gospel records Jesus doing the things he was now asking the disciples to do.  He spent time working with the disciples “showing and telling” them by explaining things while they observed him do them and also by allowing them to assist him.

In this episode, where they are sent out, Jesus is releasing them to use that which they have learned. They are moving in to the place where they take the lead and Jesus is the observer.  When its done they return and evaluate what they have done, telling Jesus all about it.

Where is phase 3 in the process? In this episode it is not evident but shortly after they are challenged by Jesus to feed the 5000. They just don’t know what is going on with that. Their view of how the world works is challenged by how the Kingdom of God works. It seems that exercising power over the physical world by healing the sick is easier for them to understand than is exercising power of the physical world by making 5 loaves and 2 fish feed 5000 plus. In this case Jesus assists them.  Later on in Mark 9 we also read of the disciple’s encounter with a demon possessed boy and they cannot remove the demon.  In fact they get into an argument with the boy’s father.  Jesus arrives and releases the boy and explains that “This kind can come out only by prayer”.

In the preceding chapters we see Jesus showing the disciples about healing and casting out demons. They have also witnessed his explaining the Kingdom of God to the people. Mark also tells us how he took them aside to help them understand the riddle of the parables he told.

This whole process is about growing and preparing the disciples to achieve their full potential for the Kingdom of God. It is a model of service. Jesus’ focus is not on command and control to get the disciples to simply follow instructions or else. He is concerned for them and his focus is on equipping them to be fully effective; to be the Christian leaders that God wants them to be.  This is the outlook of the Christ-centred servant leader.

There are some interesting things to learn from the detail of Jesus teaching and coaching of the disciples, especially as they go out and return.

They have been taught to be concerned for people not just their task. This is a hallmark of servant leadership.

Think back to Mark chapter 5 when Jesus was surrounded by a heaving crowd. One of his tasks was to declare the Kingdom of God to the people. Here was a key opportunity but then Jairus comes and asks Jesus to heal his child so that she will not die. Jesus gives himself to Jairus and his daughter. On the way to deal with what we would see as an emergency, while the child is dying, the woman with the issue of blood touches Jesus’ hem. He stops and gives her time, he blesses her and commends her faith.

In these episodes Jesus demonstrates that he is here to serve not simply to complete tasks.  He is showing the disciples what it is like to be a servant leader in the Kingdom of God. He is also showing the disciples that in the Kingdom of God we need to see that things work differently than in the world. Witness the episode with his friend Lazarus.

Both the responsibility and the authority to do the Job

Jesus gave the disciples a task (a responsibility) and also he gave them the authority to complete the task. Without the authority, even though they may have had the skills, they would not have been empowered to do what was expected of them.

This again seems obvious but quite often it is something that is overlooked and defeats the whole process.  This not something that a servant leader would do;  it prevents those in their charge from achieving their full potential. What is the point of that?

Placed outside their comfort zone

So far Jesus had always been there for them. Now they were off on their own; placed a situation way beyond their comfort zone. This is essential for growth and achieving full potential.  But note Jesus did not “drop them in it”. He made it safe for them by sending them in pairs. This is not about physical safety but having sufficient support.

How to deal with the issues that might arise

The thing that bleeds away confidence is the “What if…” scenarios that trouble us. In this case: “What if people take no notice of us?”   This is a “what if things go wrong question” and such questions generate fud – fear, uncertainty and doubt .  This in turn discourages people, preventing them from attempting the task in hand, in which case they never achieve their potential.

So Jesus, the servant leader, gave them instructions on what to do. It meant they could tell people and demonstrate that The Kingdom of God is near without fearing rejection.

Making mistakes and failing is OK

Remember the story of the talents, how the man given one talent was afraid of his master in case he failed and so he did nothing but bury his talent.  Fear of mistakes and failure paralyses.

In telling them how to deal with rejection, by moving on and shaking the dust from their feet as symbolic of their being rejected by God, he was giving the disciples permission to fail. In so doing he was releasing them to realise their potential. Otherwise they would have been constrained and tentative in the face of imagined opposition.

On their return they came to Jesus and debriefed.  Not only does this form the evaluation aspect of the “Show and Tell Model” it also allows upsets and concerns to be expressed where things may have gone wrong and advice and guidance to be received.

Often just speaking out concerns “to get them off one’s chest” is all that is needed. It also enables the trainees to share their successes and joys. It allows Jesus to show that the disciples are important to him. It is they that are valued as people and individuals not simply the completion of the task.

So , in taking time to listen to the disciples Jesus demonstrated that they and their achievement were important to him. It has been said that being listened to is the next best thing to being loved. It is important.

If you are a Christian Leader take a moment to consider how you relate to and develop people?

Do you forget the training stage of the recruit – train -deploy process? If so what are you going to do about it?

If you haven’t done so, take time to read those first few chapters of Mark’s Gospel and see how Jesus  recruited, trained and deployed the disciples.  Take time to ponder the “Show and Tell Model” and some of the other lessons that emerge from the accounts of Jesus sending out the 12.

Learn more about Jesus as a servant leader by reading the “The King Who led with a Towel” series.

How will you change what you do as a Christian Leader?