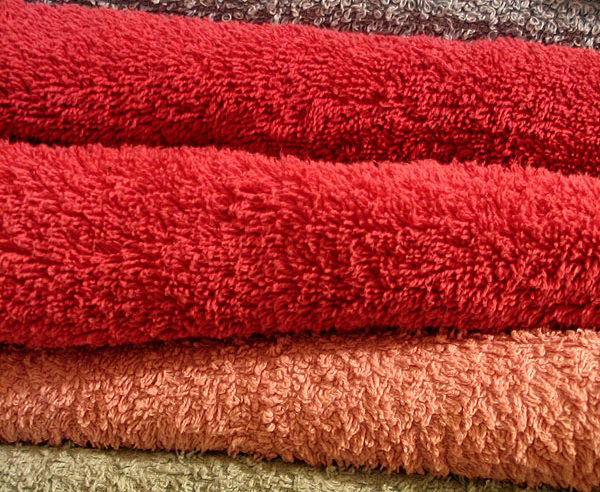 “The King Who Led with a Towel” is a three part article that examines Jesus’ leadership style and example. It is extracted from “Culture Craft” by Rick Sessoms and Colin Buckland and Rick’s original 2003 paper. Their dialogue introduces us to the explicit leadership lessons that Jesus gave to his Disciples and his leadership values. They provide key insights into a practical and effective style of leadership for Christian leaders in both churches and other organisations.

The first part of  “The King Who Led with a Towel”looked at the lessons that Jesus taught his disciples about his different leadership style. This part looks at the different leadership values he exhibited and the third part, “Applying the Towel” , will outline the frame work that underpins its practical application.

There is so much more biblical insight into Jesus’ life and leadership that will have to wait for a more complete treatment. But for now, let’s look at the practical implications. What does it mean to lead with these principles of Jesus to craft a healthier organization?

We don’t want to imply that there is a simple answer, but we can begin by looking at three cardinal values that shaped Jesus’ leadership.

Value #1: Jesus; leadership was established upon a relationship with his followers.

Colin:    Regarding the importance of relationship in leadership, I think of the account in Luke when Jesus inspired Simon Peter to leave his nets and fish for men. In order to lead Simon, Jesus entered Simon’s world (the fishing boat), met his need (catching fish), and spoke to him with dignity (invited him to a higher calling). In these practical ways, Jesus summoned Simon to follow Him through relationship. In other Gospel accounts, we read that Jesus invested time eating, socializing and travelling with his disciples and others.

I also think of other examples from Jesus’ leadership that demonstrated his commitment to relationships with followers:

From these biblical examples and many others, we can conclude that many people chose to follow Jesus because of His relationship with them.

Through the Bible, God led people through a relationship with those who chose to follow Him.

Value #2: Jesus’ leadership was activated by influence, not coercive power.

Jesus demonstrated that leadership is activated by influence, not coercive force. Jesus held no positional power over those he was leading. They had a choice to follow Him or to turn away and reject His invitation.

Therefore, God’s creation of human will – our freedom to choose – was one of God’s most profound acts of authentic leadership. The fact that Jesus came as a baby – of low socioeconomic status– implies a God who leads not based on power, but through influencing His willing followers.

Rick:     The Gospels are filled with examples of Jesus’ incredible personal and spiritual influence with his disciples and many others, including those who disagreed with Him and those who ultimately crucified Him.

People who had the free choice followed Jesus because of His massive personal and spiritual influence.

Colin:     So what are implications of this principle?

Rick:     The capacity to influence others is the characteristic that primarily distinguishes leaders from followers. The true leaders in an organization are not necessarily those people who are appointed by the board. Authentic leadership by influence is not subject to organizational charts; the real leaders in any organization influence both those “above” and “below” them on the organizational chart. One way to determine whether one is a leader is to evaluate whether others are following because they want to – free will – or because they have to.

Value #3: Jesus’ prioritized His followers’ potential over His own benefit.

The value that really set apart Jesus’ way of leadership from all other leadership approaches was His priority on the followers’ potential. Jesus’ leadership was focused on His followers’ Kingdom potential, not on His well-being or the benefit of any religious organization that He was building.

Colin:     I think I understand what you’re saying, but this principle seems to be very controversial since leaders are usually appointed to build a successful organization.

This type of leadership is risky, but it stands at the heart of Jesus’ way of leadership. The religious establishment in Jesus’ day was building a system that seemed infinitely stronger and more permanent than what Jesus was doing. But He was building people to be their very best. In reality, the church was a by-product of Jesus’ primary focus during His three years of ministry. He developed eleven followers who were transformed to reach their highest potential.

Colin:     If the weight of the Gospel writings is any indication of where Jesus spent his time and energy, Jesus evidently spent almost no time investing in a religious system. In fact, He consistently challenged the religious system and its leaders. Rather, the majority of Jesus’ time was spent teaching and preaching with the goal of transforming lives and reproducing His heart for the world into those who would carry the torch after His departure. On the night before His crucifixion, Jesus foretold the coming of the Holy Spirit who would lead them to do even greater things than they had heretofore experienced. Also, in His appearance to them just before His ascension, Jesus exhorted His disciples to be empowered by the Spirit and be witnesses. These priorities demonstrate a deep commitment for His disciples to reach their highest Kingdom potential. The church’s early momentum and sustained perpetuity for twenty-one centuries was birthed through Jesus’ sacrificial resolve to lead by focusing on His followers’ highest potential.