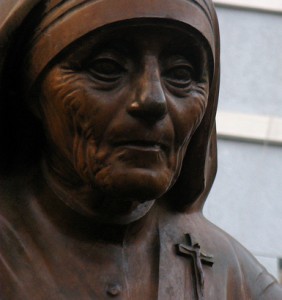 We have seen how Jesus’ leadership model turns the world’s view of leadership on its head. The one with ultimate power and authority over the world led not in power but, applying the towel, as a servant, Jesus demonstrated Kingdom values. These are practical values that aspire to help those who are led, in church or organization, to achieve their full potential for the Kingdom of God.

In Rick Sessoms’ original paper in 2003 he set the “leadership with a towel” theme in the context of Robert Greenleaf’s rediscovery of servant leadership in the 1960s. Greenleaf’s classic book entitled “Servant Leadership: A Journey into the Nature of Legitimate Power and Greatness” was published in 1977. This book coined for the first time in the corporate community the concept “servant leader.”

Leading with the Towel

The question is how do we “lead with a towel”? How, as Christians can we lead in the manner that Jesus taught and demonstrated? Rick’s 2003 paper outlined a framework for just that:

As a leader, this way of relating to people isn’t typical. Such a way of relating to people reverses the order. It is subversive. It destabilizes. It upsets. Like Mahatma Gandhi many centuries later, Jesus’ model challenges our whole concept of power, of authority, of status. When his disciples were arguing about who would be greatest in the kingdom of God, Jesus said, “Whoever wishes to become great among you shall be your servant, and whoever wishes to be number one shall be slave to all..”

The 20th century was blessed by a woman who epitomized servant leadership. Theresa Bojaxhiu was born and raised in Albania. For years, she washed the feet, and the hands, and the heads, and the bodies of the poorest of the poor in Calcutta and Manila and other cities. But she also touched those who are not poor. One such man was Malcolm Muggeridge, formerly a prominent broadcaster with the BBC. So touched was Muggeridge by her that he wrote a book in her honor, entitled “Something Beautiful for God.”

In that book, he wrote these words: “To choose as Mother Teresa did to live in the slums of Calcutta amidst all the dirt and disease and misery signified a spirit so indomitable, a faith so intractable, a love so abounding that I felt abashed.” Muggeridge went on to tell of an experience he had in Calcutta to which he responded by retreating to his comfortable hotel room and complaining about the wretched condition of the city. Then he wrote these words: “I ran away and stayed away. But Mother Teresa moved in and stayed. That was the difference. She, a slightly built nun, few rubles in her pocket, not particularly clever or gifted in the art of persuasion, came with Christian love shining about her.”

The life of Mother Theresa reflected to the modern world a similar model that Jesus taught his disciples with the towel. The towel dramatized Jesus’ whole life. The towel revealed the nature of his leadership. And His use of the towel is an example for leaders everywhere. Families, organizations and societies in all cultures around the world will be healthier when leaders follow Jesus’ example daily.

“Growing the Servant Heart” is a free on-line training programme that examines the nature and role of  Christ-centred servant leadership in Kingdom enterprises. It is available in the Academy section of Christian Leadership, which you can select from the menu above or go directly from the Academy link. The following brief video will also you an overview.